IncrediBuild for Unit Tests solution now supports Google Test (GTest) framework
Test executables that were created in GTest framework can be parallelly executed with IncrediBuild across any number of local and remote cores, without the need to allocate dedicated machines or to install testing environments on each participating machine.
IncrediBuild acceleration of GTest executables starts with a Test Discovery stage, which analyzes the specified test files to detect and create a list of all tests to be run and distributed. According to this list, multiple tests are simultaneously distributed across available cores, and their results are aggregated and displayed in the terminal. Supported GTest flags can be added to IncrediBuild IBTestConsole, to enhance and customize the discovery, execution, and output format of test files.

New Encrypted Communication
The build data that is transferred between all the components in IncrediBuild Environment can be encrypted, thus providing another layer of security to the transferred data.

Shorten processing time by 90% or more 將處理時間縮短90％或更多
IncrediBuild accelerates build time through efficient parallel computing. By harnessing idle CPU resources on the network, IncrediBuild transforms a network of PCs and servers into a private computing cloud that can best be described as a “virtual supercomputer”. Processes are distributed to remote CPU resources for parallel processing, dramatically shortening build time up by to 90% or more.

Easy to install, use, and maintain 易於安裝，使用和維護
We believe that software acceleration should make life easier on development teams, not harder. IncrediBuild is a plug-and-play solution that runs out-of-the-box on your existing hardware. With no changes to source or project files, no installation efforts, no maintenance efforts, and no virtualized machine to maintain, IncrediBuild takes care of acceleration so development teams can focus on what they do best: developing great software.

Advanced features for optimal speed and performance 實現最佳速度和性能
Robust, fully-featured parallel computing solution with a host of advanced features. File caching and real-time compression cut down on network traffic, adaptive resource assignment to dynamically reassign processes according to changing CPU availability, and task doubling to “race” available agents against one another to avoid bottlenecks.

Full Cloud Support  雲端支持
IncrediBuild allows you to extend the power of the cloud so you are not limited only to the processing power of your own network. With IncrediBuild, IT and developers don’t have to worry about limited resources at peak times. They can scale their infrastructure directly to the cloud, using additional CPU power combined with IncrediBuild’s acceleration capabilities to maximize performance. IncrediBuild on the cloud means you don’t have to install any virtual machines, move data to the cloud, or set up any systems. It’s already set up and ready to go.

Achieve HPC-level processing at a fraction of the cost 以低成本實現HPC級處理
By tapping into the unused power of the network, eliminates the need for expensive dedicated hardware. Harness idle CPU cycles from machines on the local network, even while those machines are in use. IncrediBuild can run on any Windows-based machine including single-core machines, multi-CPU machines, and multi-core build servers, and even scale out to the public cloud.

IncrediBuild for Wii U and Nintendo 3DS
IncrediBuild can dramatically accelerate distributed builds for the Wii U platform, together with the Visual Studio integration for Wii U available on the Warioworld website. 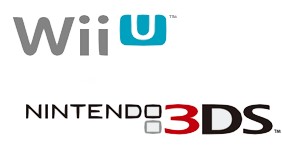 Dramatic Performance Improvement:
obtain up to 30x performance improvement, maximizing productivity and minimizing downtime.
Exceptionally Rapid Integration:
Few to no code changes are required to convert most applications to high performance distributed solutions.
Reduced Costs
IncrediBuild-XGE harnesses the idle processing power of office PCs and servers to create a general-purpose compute farm, eliminating the need for expensive dedicated servers and additional third party software.
Near-Zero Maintenance:
Our revolutionary precess virtualization technology eliminates the need to manage and maintain complex server image repositories on the remote nodes. It actively keeps the enviroment synchronized with the most recent application enviroment.
Robust, Fault-Tolerant Operation:
Intelligent algorithms such as customizable error-recovery, automated fallback to a backup coordinator (server) and other operational features ensure the highest possible reliablity.
Wildely-adopted, proven technology:
Since its introduction in 2002, IncrediBuild-XGE has become one of the most wildely used grid and computing platforms, trusted by over 100,000 users in more than 2000 organizations worldwide.

Application acceleration for ISVs and OEMs:

IncrediBuild-XGE Embedded
Want to embed IncrediBuild acceleration technology in your own products, for resale to your customers? IncrediBuild-XGE offers ISVs and OEMs a powerful grid computing solution for the Windows platform that's exceptionally simple to deploy and integrate.

IncrediBuild-XGE Offloading
For applications that aren't multi-threaded or multi-process, IncrediBuild-XGE offers an easy, light solution to offload workload from your workstation. Run the application on a remote machine, cluster, or in the cloud, freeing up the local machine.

Each machine requires its own Agent. Prices are per-machine and according to the number of CPUs.

IncrediBuild accelerates a number of solutions including Visual Studio, Make and Build Tools, and other Development Tools performance. Select the right solution for the tool or application you’d like to accelerate.

*The Nintendo 3DS/Wii U Extension Packages are only available to authorized developers.